Be You. Get More. Without Apology.

Networking - Tips for Getting Started 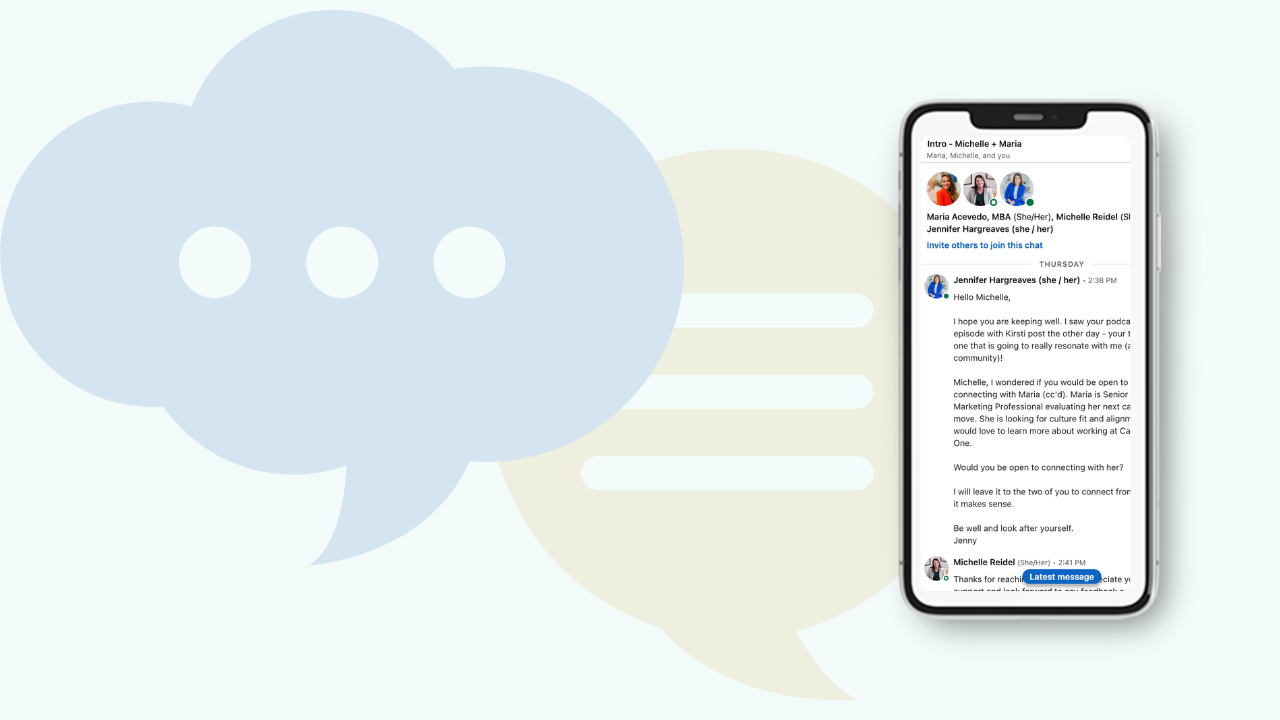 I know, that you know, how important networking is in finding your next opportunity but... do you know why it’s so important?

It’s because people buy from, and hire, people they know, like and trust. Networking isn’t about the hard sell but about building reciprocal relationships.

Think for a second about how you landed your last job or client. Are you in the 20 percent of people who applied online with no connections or the 80 percent who had an introduction, recommendation or history with person hiring?

Now, how did you decide on your last big purchase? Decide which book to read next? Or where to take your next vacation? You probably talked to people you know, like and trust and asked them if they had any ideas or knew where to look. Their opinions hold weight because you have a relationship with them. More so than the person on the street who you don’t know.

So, despite the ability to reach out to anyone, anywhere, with the click of a mouse, relationships remain the most valuable thing in business. Any business.

Whether you’re selling, buying, hiring or applying - as long as people do business with other people, networking will be critical in helping you to reach your goals. It is human nature.

Robert Kiyosaki said "The most successful people in the world look for and build networks, everyone else looks for work." I couldn't agree more!

But where do you start? Well, first we start by reframing what networking is and what it means. We can do that by busting a couple of networking myths. Networking can get a bad rap and I for one was guilty of this when I first started out on my own networking journey.

Myth #1. You need to have a massive network and meet as many people as possible. Nope, in fact it is the opposite. How can you build meaningful relationships taking a scattergun approach? Networking is about taking a strategic and targeted approach.

Myth #2. It is all about me. I have to pitch and sell myself. Wrong again. It’s actually all about them. Get curious, ask questions, listen to what they love, hate, need, want. Build trust by showing you’re listening to them and that you care (and actually do listen to them!)

Myth #3. Networking Is Slimy. Well it can be… if you’re only reaching out to people when you need something from them. Networking is about building relationships, reciprocal relationships and building “trust capital”.

Can you imagine walking up to a stranger on the street and asking them to give you their phone? Um… "no thank you" would be my answer. But what if before they asked, they told me how we knew each other, what they loved about my work, how I had inspired them and then they asked me what I needed or how they could help? Do you think I would be more willing to give them my phone to borrow?

It’s when you’ve built that “trust capital” that it becomes much easier to ask people for help. You’re not overstepping boundaries, you’re simply asking for a favour from a friend—like you would with anyone in your non-professional network. And it’s a two-way street. That person can ask favours of you, too!

Networking is not about taking, but about giving, about helping, about building trust.

Myth #4. Networking happens in a big room with hundreds of people or you have to be an extrovert to network. Sometimes, but it can also happen one on one, in the playground, through your community. Think about where you built your current relationships and where you can build new relationships… pretty much anywhere! In fact, your most valuable contacts are actually the people you already know.

Networking is not about hunting but about farming.

Hopefully you're starting to feel a little more comfortable getting started with networking!

Want to learn more about how we're helping women just like you reconnect with their professional potential and reimagine what their career could look like? Book a call in with one of our Senior tellent leaders to learn more.

Learn more about the Propeller Experience

You have the power to make your job sustainable for the long haul.

A 3-part workbook that you can put into action immediately, to negotiate your way to a career that suits your lifestyle - for now and for the future.

By submitting your information you’ll also get our helpful tellent newsletter, filled with good stuff like free events, postings and tips you won’t find anywhere else. As always, you’re free to unsubscribe at any time.